Do you know the Notre Dame from the Sacre Coeur? Trafalgar invites you to discover the most famous sights in and around one of the most romantic cities in the world – Paris – and take the quiz to find out how well you know the city.

This iconic park located right beside the ranks of the river Seine has a rich history and is located between is Champs-Elysées Avenue and the Louvre Museum. This is a great place to take a walk, sit on a bench with a book or have a picnic on the grass as you spend an idle afternoon while you are on holiday.  This public park is the largest to be found in Paris and it features a French style garden with beautifully manicured trees. The origin of its name is due to tile factories (“Tuileries” in French) that were originally located on the grounds until Queen Catherine de Medici built the Palais des Tuileries in 1564.

You will find Da Vinci’s masterpiece artwork – the famous Mona Lisa here in this museum that is a central landmark of the city. This museum is the largest art museum in the world and is also home to many other famous artworks and every day there are long lines of people waiting to enter the museum to discover its wealth of treasures. A national monument, this former grand palace used to be a main residence of the French Kings from the 1546. After the French Revolution, it became a museum to house France’s masterpieces. It is estimated to have an average of 15,000 visitors daily.

This medieval Catholic cathedral is a historical monument. It is open every day of the week and is free to visit. It is over 850 years old is an architectural gem with its iconic stained-glass windows. Napoleon crowned himself emperor here at the church, and in 1768, geographers decided to measure all distances in France starting from Notre-Dame. It will cost Euro 8.50 to climb about 400 steps up the South tower for a panoramic view of Paris.

You can also visit the archaeological crypt under the square in front the cathedral to see archaeological remains discovered during the excavations. Victor Hugo’s Hunchback of Notre-dame novel features the cathedral prominently and due to its popularity, people now synonymously recognise Notre-Dame as an iconic building in Paris. Recent security upgrades have placed a ban on taking luggage inside the Notre Dame Cathedral.

Head to this bohemian-style enclave that has been the inspiration to artists like Picasso, Van Gogh and Renoir. Located 130 metres above the city on the hill, the neighbourhood is buzzing with activity. For those looking to find souvenirs to bring home, head onto Rue de Steinkerque which is lined with little shops selling T-shirts and various knick knacks. There are many cafes to enjoy a croissant and coffee as you people watch. Visit Pain Pain, a bakery known for their award winning baguettes.  At the bottom of the hill is the famous Moulin Rouge cabaret, known to be the birthplace of "French Cancan".

Located on the hilltop of Montmartre is Paris’ second most visited church. Construction of this church was completed in the early 20th Century and its architecture is a Romanesque-Byzantine style. In the bell tower is France’s largest and most famous bell called the La Savoyard that weighs over 18 800 kg and can be heard up to 10km away. The bell tower is 83 metres tall and with it on top of the Montmartre hill, its highest point rises above the top of the Eiffel Tower.

The church was built using white stones and hence its nickname “the white church” because of its prominent white exterior. There is a beautiful garden outside and there is always activity on the church grounds with musicians performing. For a great view of the city during sunset, get a front row seat on the steps in front of the church.  Entrance to the Basilica is free but a charge is levied for those who want to visit the crypt and those who want to ascend the bell tower.

This independent English language bookstore is a Parisian institution rich in history and likely one of the largest in the world. It has even been featured in two Hollywood films: Richard Linklater’s “Before Sunset” and Woody Allen’s “Midnight in Paris”. With its first owner, Sylvia Beach, it was a place where literary legends like as Ernest Hemingway, F. Scott Fitzgerald and Ezra Pound would hang out.

The shop closed in 1941 when World War II broke out. In 1951, George Whitman opened a new bookstore and was inspired by Sylvia to attract writers living in Paris to spend time at his store. Located opposite the Notre-Dame, along the Seine, the shop has hosted an estimated 30,000 aspiring or accomplished writers and artists such Ethan Hawke, Jeet Thayil, Darren Aronofsky and Geoffrey Rush.

As you walk across this elegantly designed bridge across the River Seine with the Champs-Élysées on the Right Bank to the Eiffel Tower on the Left Bank, you can admire the views on each side. It was built low at a height of only 6 meters to ensure it did not obstruct the views on either side. It is also described as an open-air museum with gilded sculptures of lions, cherubs, nymphs, and it’s equally beautiful Art Nouveau lamps. The bridge was built in 1892 to commemorate a new diplomatic relationship between France and Russia and was named after Tsar Alexander III.

Originally known as the Palais-Cardinal, this imposing building was home to Cardinal Richelieu until his death in 1642 whereupon it became the property of the King and was renamed Palais-Royal.  It was the home of royal families until the Palace of Versailles was built. Founded in 1680, the Comédie Française is France's oldest theatre company and its theatre is part of the complex since the French Revolution when the actors occupied the royal theatre of the Palais-Royal and then the troupe took up official residence in 1799.

Today, it has become a popular spot where locals and tourists enjoy as they stroll in the gardens admiring the contemporary sculptures. Located just a short walk away from the Louvre, it is also the official premises of the head office of the Ministry of Culture and home to the National Library of France. Look for the iconic 260 black and white striped octagonal columns which have become symbols of Paris. For a leisurely afternoon, get a table at one of the restaurants’ alfresco terraces and soak in the truly Parisian atmosphere as you dine in the heart of the city.

Discover another world of Paris as you explore the shops along this covered arcade. Find collectible gems like old postcards, vintage stamps, rare books and French memorabilia as you visit the shops. Admire the pale pink flagstone flooring, its “fishbone” neoclassical glass ceiling and the quintessential shop fronts as you walk along these historic passageways.  Located in the 9th district of Paris, just near Passage Jouffroy, this passage was built in 1847 and was named after its developer, Monsieur Verdeau. 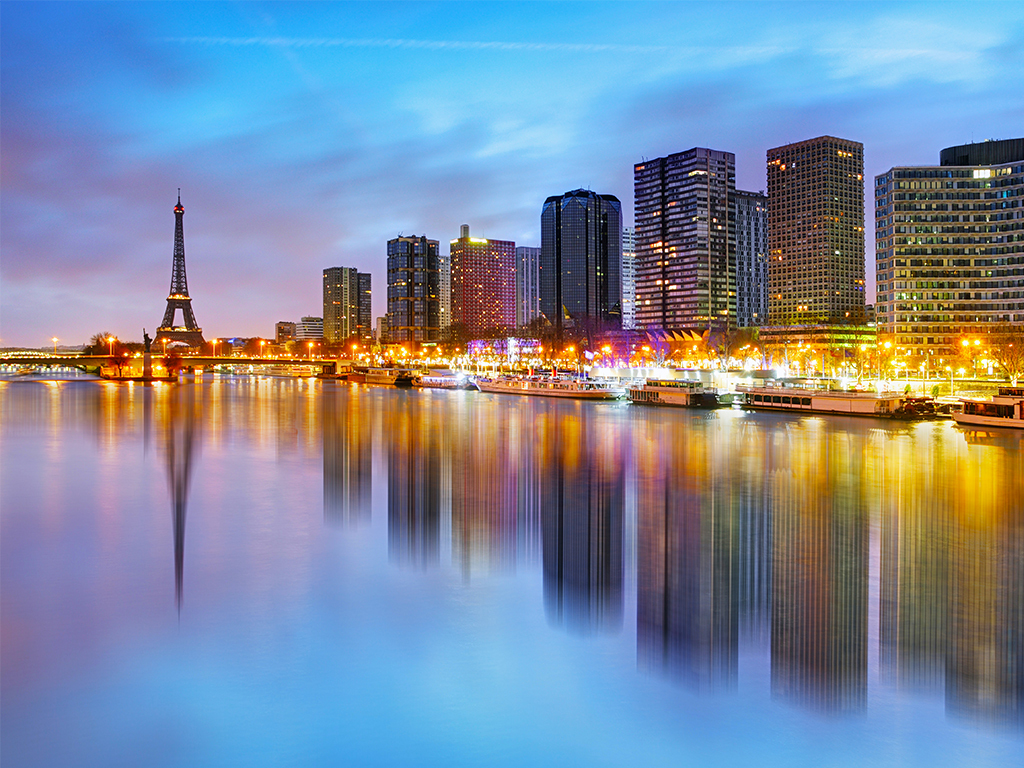 Originally designed by Gustave Eiffel as a temporary exhibit for the 1889 World's Fair, this 324m-tall art-nouveau tower continues to be the most prominent landmark of Paris. At night, beams of light shine from the bottom towards the top to illuminate the Eiffel Tower from the inside of its structure. The Eiffel Tower is the number one most visited paid monument in the world. Since opening in 1889 over 300 million visitors have enjoyed the views of Paris that it affords.

Take Trafalgar’s quiz and find out if you a true Francophile or clueless when it comes to the City of Lights? Bon chance! If you’d love to visit Paris then skip the queues with Trafalgar and fast track your way with the guided holiday by contacting your travel agent for more details.

About Trafalgar
With 70 years’ experience, more than five million guests, 230 itineraries to six continents and a completely transparent and genuine 97% satisfaction rate, Trafalgar is committed to putting the simplicity and fun back into selling its authentic experiences and guaranteeing conversion for its partners.